Sigma, a leading IT consultancy, is growing rapidly. The market for IT projects is strong due to the rapid digitalization of various business processes as well as government functions. Employers are fighting for a relevant workforce and the challenge is to get hold of the right competence. The IT industry organisation ”IT- & Telekomstyrelsen” have stated that the industry needs 60 000 engineers over the next 3 years.

In order to secure competence, Sigma wanted to increase their brand value amongst relevant target groups and become the preferred company to work for amongst engineers. They also wanted to raise awareness of the industry issue.

Together with our sister agency BerntzonBylund, we created the concept ”1000 jobs”. The campaign was carried out across digital outdoor billboards, banners in medias such as Dagens industri and Teknikens Värld, and in Sigma’s own channels. Sigma’s CEO, Lars Kry, presented the project on the campaign landing page, along with the campaign manifesto, current job openings and more.

The result of our efforts includes various articles with a combined estimated reach of 9 million. Lars Kry’s participated in Tv4’s morning news show, where he presented the ”1000 jobs” campaign and discussed the lack of competency dilemma that his industry is facing. Sigma’s rating on the yearly company listing of ”Most Attractive Companies to Work For” by Universum increased from position 92 to position 56! 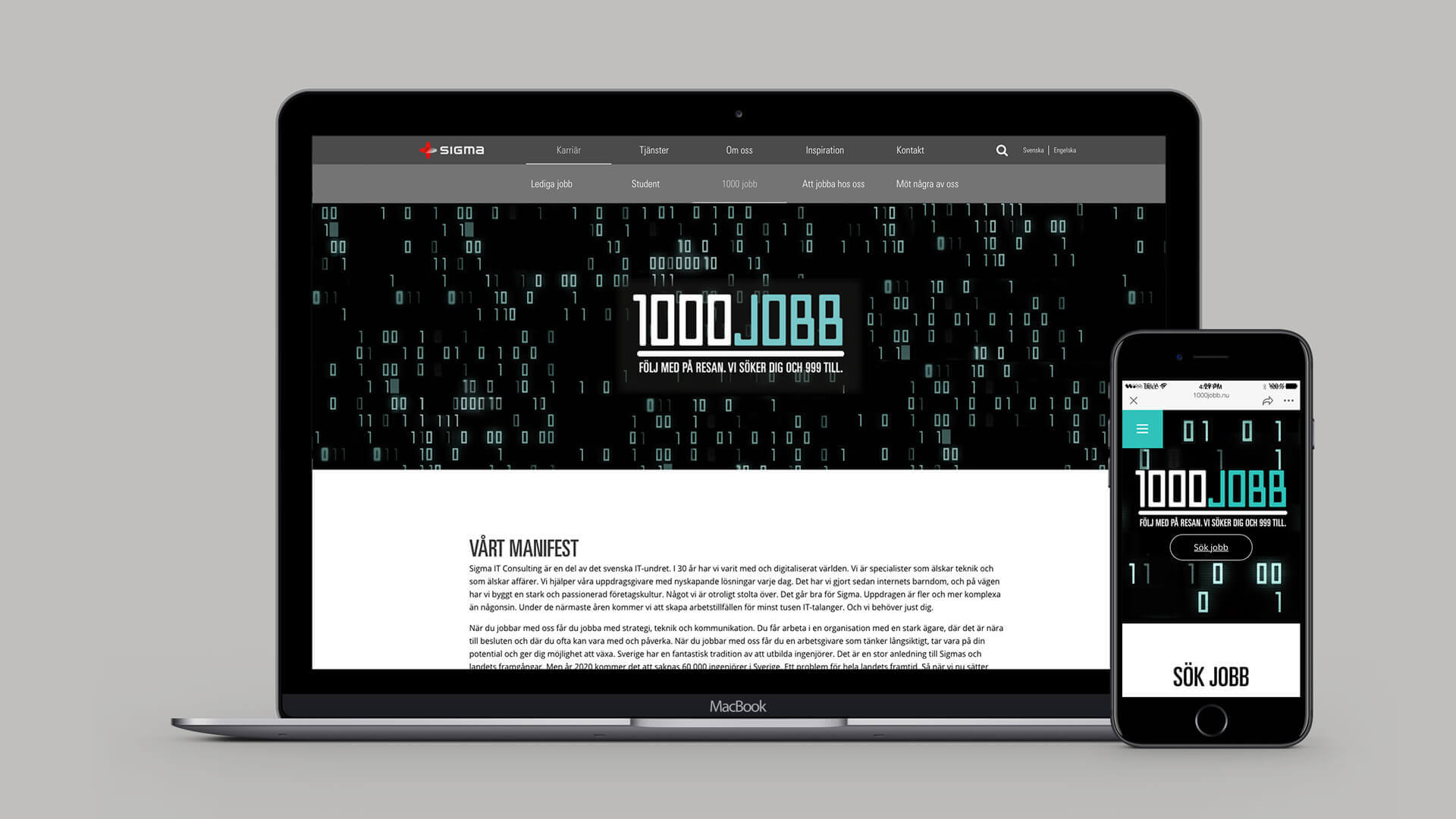 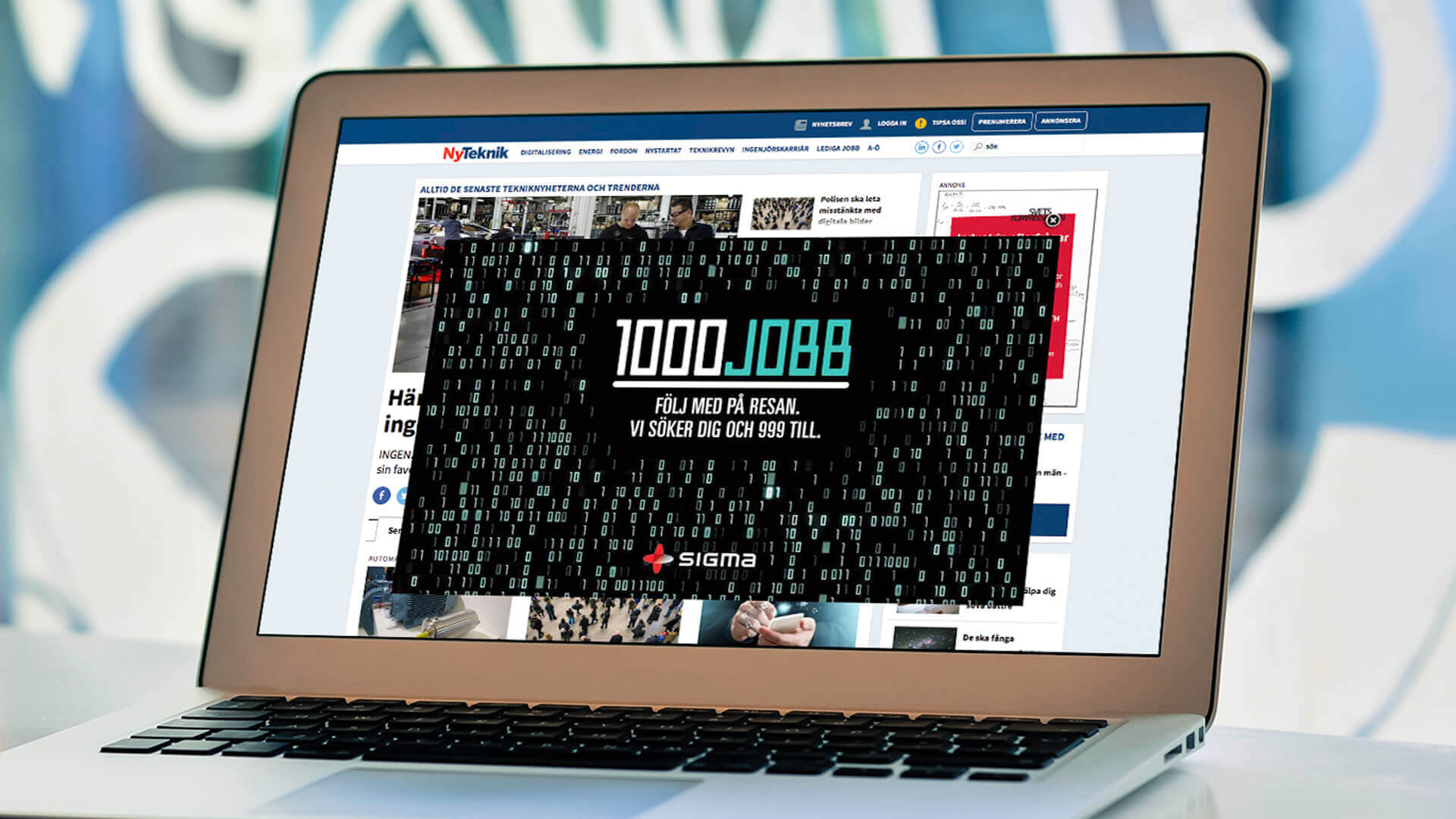